Does a Home Inspector Check for Aluminum Wiring?

We inspect a lot of homes in San Antonio, and it’s not uncommon to find segments of the electrical wiring that are made of aluminum, especially in the older areas closer to the city center. Aluminum wiring isn’t inherently dangerous by just existing, and in fact it’s still used today for service conductors, but the way that aluminum wiring is installed and the precautions that must be taken into account for it can lead to problems when everything isn’t in place.

During the early 1960’s, the price of copper rose significantly in a short period of time. Multiple factors contributed to the steep increase in copper prices, including the Vietnam War, a housing boom, and a production limit set in place by producers to raise profits. As electrical wiring is a necessary material for new housing, increased copper prices increased the price of building a home, and a cheaper alternative was sought.

Aluminum wiring was the answer to soaring copper prices. Although aluminum is only 60% as effective at conducting electricity as copper, the reduced density of aluminum made the wire lighter, and aluminum is significantly more abundant and thus cheaper than copper. The decreased conductivity required the use of more metal to be used in the wiring, increasing the gauge (or size) of the wires, but at the time, the cost of aluminum was so cheap that it just made economic sense to work with aluminum instead of copper, and manufacturer’s did so. An estimated two-million homes were built primarily with aluminum wiring between 1965 and 1972.

Why is Aluminum Wiring A Problem?

As mentioned earlier, aluminum wiring is not inherently a problem, so long as the the differences between it and copper wiring are accounted for. All the overhead wiring used by power companies in San Antonio has been aluminum for decades due to its low-cost and light weight, and aluminum is still used for the incoming service conductors on homes built to this day.

The issue is that these differences weren’t accounted for in the installation of aluminum wiring in the 1960’s and 1970’s.

For instance, the almost pure-aluminum alloy used in large overhead wires carrying huge amounts of energy expand and contract at a much higher rate than copper. As energy passes through the wiring, the wire’s temperature increases due to electrical resistance, and as the temperature of the metal increases, so does it’s size. The copper wire does not have as much electrical resistance as aluminum, so it doesn’t heat up as much, and thus it doesn’t expand at nearly the same rate.

The expansion and contraction of the aluminum wiring, known as “creep”,  caused problems when used on connections designed with the properties of copper wiring in mind, such as receptacles.  This wire creep and deformation could actually cause the wire to become loose from the connection over time, which further increases the electrical resistance and would eventually lead to “arcing”, creating an ignition source for fire.

This meant that over time, any connection made between aluminum wire and another component not specifically designed for aluminum wire could be a fire hazard.

Aluminum wire is also much less resistant to corrosion than copper. Over time, exposed copper wiring with energy flowing through it could corrode in the presence of simple water vapor, such as from a room humidifier or even cold-air leaking in from an exterior wall. These corroded wires are much more resistant to the flow of electricity than non-corroded wires, creating more heat and eventually an ignition point.

Yes, any aluminum branch wiring discovered during the course of a home inspection in San Antonio will get documented on the report. At that point, we will always recommend that a licensed electrical contractor evaluate the extent that aluminum wiring was used throughout the house and make recommendations as to the solution.

As a home inspector in San Antonio, we are required to check that any aluminum wiring connections are made with an anti-oxidant paste (typically black in color), in order to minimize the oxidation at the contact point. In this case, we most often see aluminum wiring in main breaker panels or breaker sub-panels, used as service conductors leading into the panel.

Does Your Home Have Aluminum Wiring? 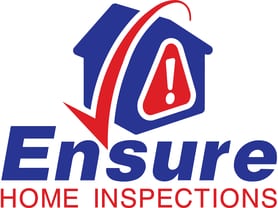